In 2017, a detailed Forbes report was published on what some of the world’s wealthiest individuals have purchased, and what it may mean for future cataclysmic events and where the safest places on Earth may be in such an event.

The article suggests that an asteroid impact may be the most serious threat to life on Earth. According to Forbes:

“While smaller asteroids can do great damage on a local scale, experts think that space rocks must be at least 0.6 miles wide to threaten human civilization. NASA scientists estimate that they have found at least 90 percent of these enormous, near-Earth asteroids, and none of them pose a threat for the future.

I spoke with Professor Donald L. Turcotte, an expert in planetary geology at the University of California Davis, Earth and Planetary Science Department, he tells me that the predictions of earthquakes causing a planetary shift and coastal flooding is for the most part nonsense. However, he did say it is far more likely an asteroid hit would cause a polar shift. This could ultimately lead to cataclysmic change and a map similar to Scallions original vision.”

The claims made are that many of the richest families on Earth have been purchasing large amounts of arable farmland all over the world. All of this property seems to follow a theme of being away from coastal areas, and in areas that promote self survival, farming, and coal mining for energy.

“It appears that dry territories in the United States such as Montana, New Mexico, Wyoming and Texas are all very popular regions for the wealthiest individuals. Billionaires such as John Malone (currently the largest landowner in America, owns 2,200,000 acres including Wyoming and Colorado), Ted Turner (2,000,000 acres in Montana, Nebraska, New Mexico and North Dakota), Philip Anschultz (434,000 acres in Wyoming), Amazon’s Jeff Bezos (400,000 acres in Texas) and Stan Kroenke (225,162 acres in Montana) all have amassed major land. Upon further research, many billionaires are preparing for future escape plans with “vacation homes” in remote locations. Many of them also have their private planes ready to depart at a moment’s notice.

Billionaire Bill Gates recently acquired 28,000 acres in Arizona to create his own city called Belmont. According to the company announcement; “Belmont will create a forward-thinking community with a communication and infrastructure spine that embraces cutting-edge technology, designed around high-speed digital networks, data centers, new manufacturing technologies and distribution models, autonomous vehicles and autonomous logistics hubs.” The company details the plans including; 3,800 acres for office, commercial and retail space, 470 acres for public schools and there are plans for 80,000 residential units. “Belmont will transform a raw, blank land into a futuristic city built around a flexible infrastructure model” added Belmont Properties.”

If an asteroid struck the planet or something like that, what might the world look like? According to what are described as “several prognosticators and much criticized theorists,” here are some maps that show how the world might look. 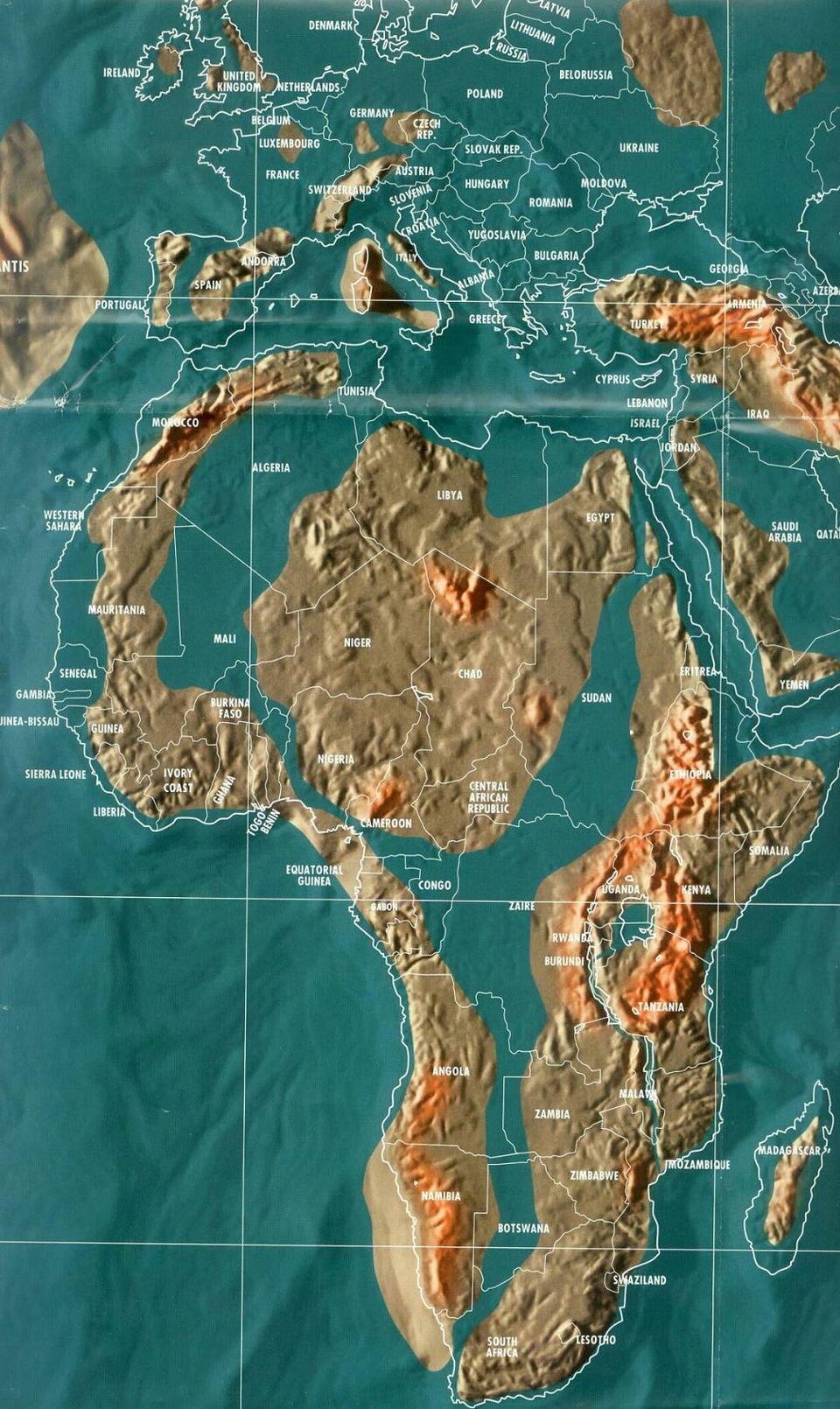 They say Africa might be divided into three parts, with the great Nile River significantly widening. From the Mediterranean Sea toward Gabon, a new waterway would split the area. Cairo would basically be gone, and new land would arise in the Arabian Sea. Lake Victoria would merge with Lake Nyasa and flow into the Indian Ocean.

It was reported that Asia, a heavily seismic region would have the most severe changes. From the Philippines to Japan land would disappear, continuing further north.

The Pacific Plate, in the event of shifting nine degrees, would cause the islands of Japan to sink into the ocean mostly. Taiwan and most of Korea would also be gone. For hundreds of miles, the coastal region of China would be pushed inland. 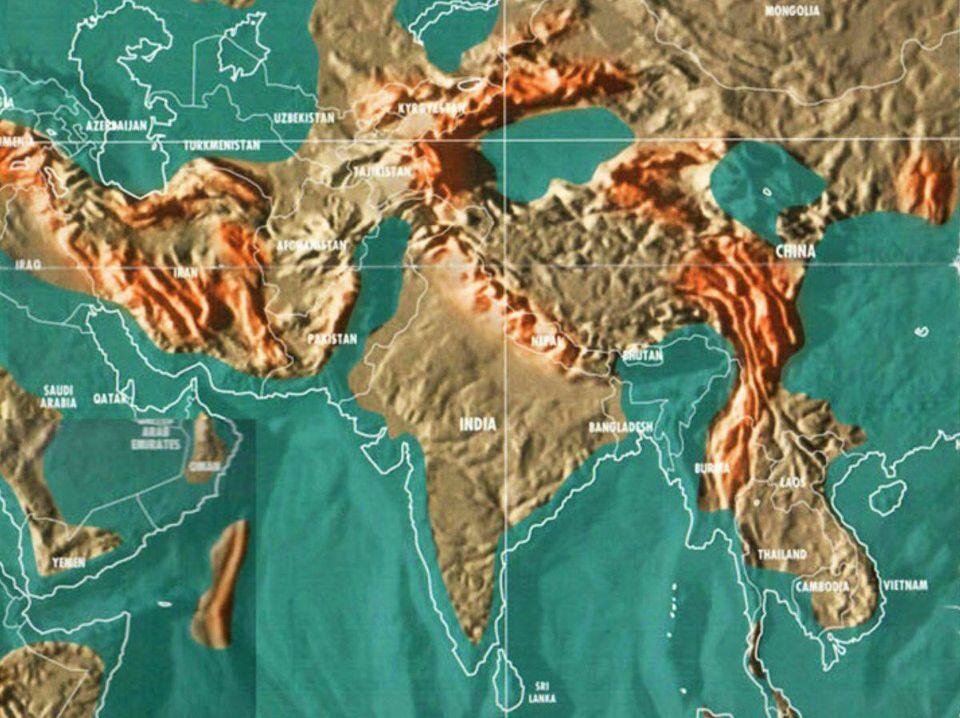 India would be fairly okay in such an event. Due to the elevation of the country lowering as a result of extreme land buckling, the Indian people might be told to go toward the Himalayas, to Tibet and Nepal, or the higher mountains.

This is kind of hard to believe, but it has been claimed that in such a global event, Antarctica could become fertile, soil rich territory suitable for farming. From the Antarctic Peninsula to Tierra del Fuego, east toward South Georgia Island new land could be created. 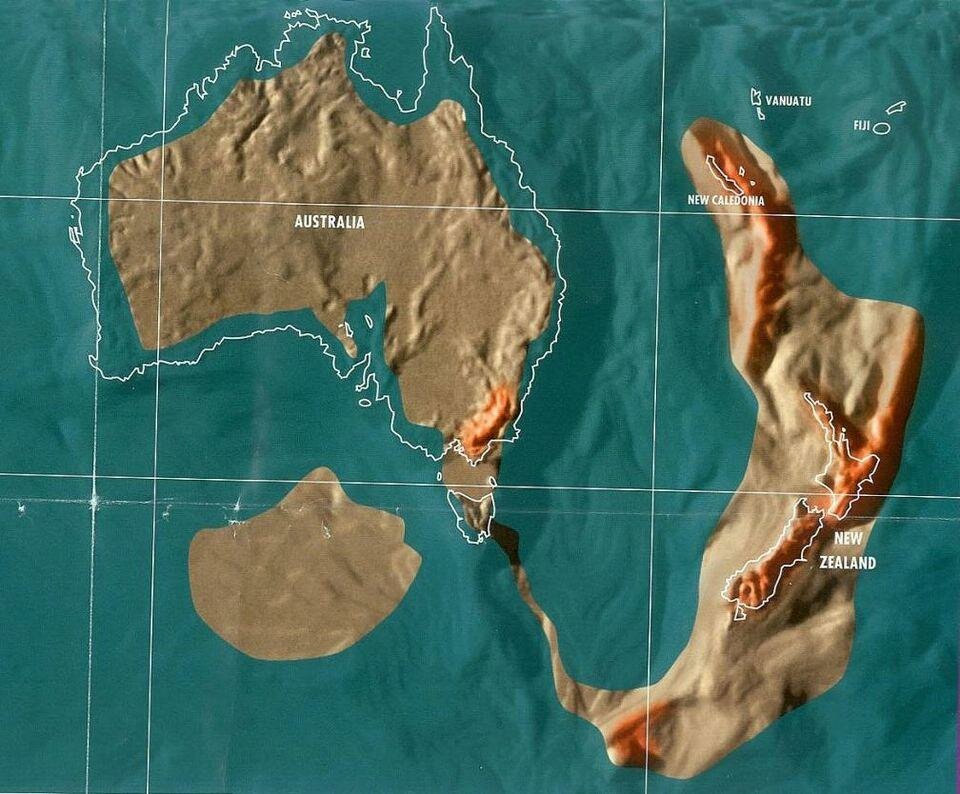 In such an event, Australia would lose almost 25 percent of its land to coastal flooding. Adelaide would become a new sea, and the Gibson and Simpson deserts could surprisingly become fertile, farming land.

New Zealand could actually benefit from such an event supposedly, it would grow in size, join Australia, and become very fertile. 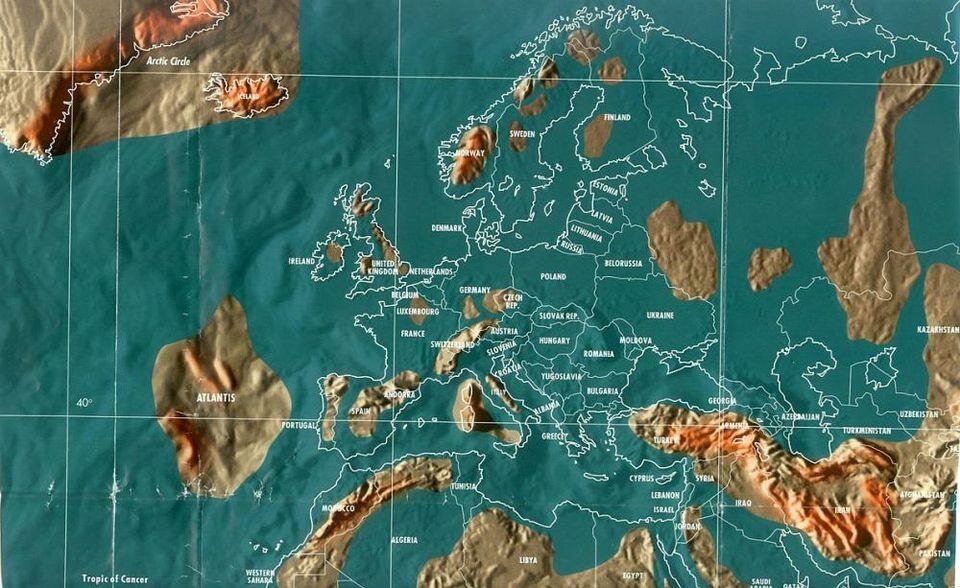 Europe, like Asia wouldn’t take such a situation very well. The tectonic plate beneath Northern Europe could collapse, to sink Sweden, Norway, Denmark, and Finland beneath the sea to only leave hundreds of tiny islands.

Most of the UK, from the English Channel to Scotland, would sink into the ocean. Major cities like London or Birmingham may remain due to the elevation perhaps.

Russia would be separated from the rest of Europe by a completely new sea formed by the combination of the Caspian, Kara, Black and Baltic Seas. The Forbes article about this continues, “Certain areas of western Turkey will go under water, creating a new coastline from Istanbul to Cyprus. Much of central Europe will sink and most of the land between the Mediterranean Sea and the Baltic Sea will be completely lost underwater.

The majority of France will go under water, leaving an island in the area surrounding Paris. A completely new waterway will then separate Switzerland from France, creating a line from Geneva to Zurich. Italy will be entirely divided by water. Venice, Naples, Rome and Genoa will sink below the rising sea. Higher elevations will be created as new islands. New lands will rise from Sicily to Sardinia.”

In this event, the Northwest region would see certain areas pushed in nearly 200 miles. A “survival center” might thrive in regions of Quebec, Ontario, Saskatchewan, Manitoba, and Alberta.

If the North American Plate buckled, almost 150 islands would be all that is left of California. The new West Coast would consist of Nebraska, Wyoming, and Colorado.

The massive Great Lakes and the St. Lawrence Seaway would join and then join with the Mississippi River all the way to the Gulf of Mexico. From Florida to Maine, all coastal areas would be flooded.

Some parts of Mexico would remain tall, but most coastal areas would be flooded deep inland. Baja California would become islands like California, and the Yucatan Peninsula wouldn’t be in good shape.

CENTRAL AMERICA AND THE CARIBBEAN

Central America wouldn’t be in great shape, and a new waterway would eventually become present from Salinas, Ecuador to the Bay of Honduras. 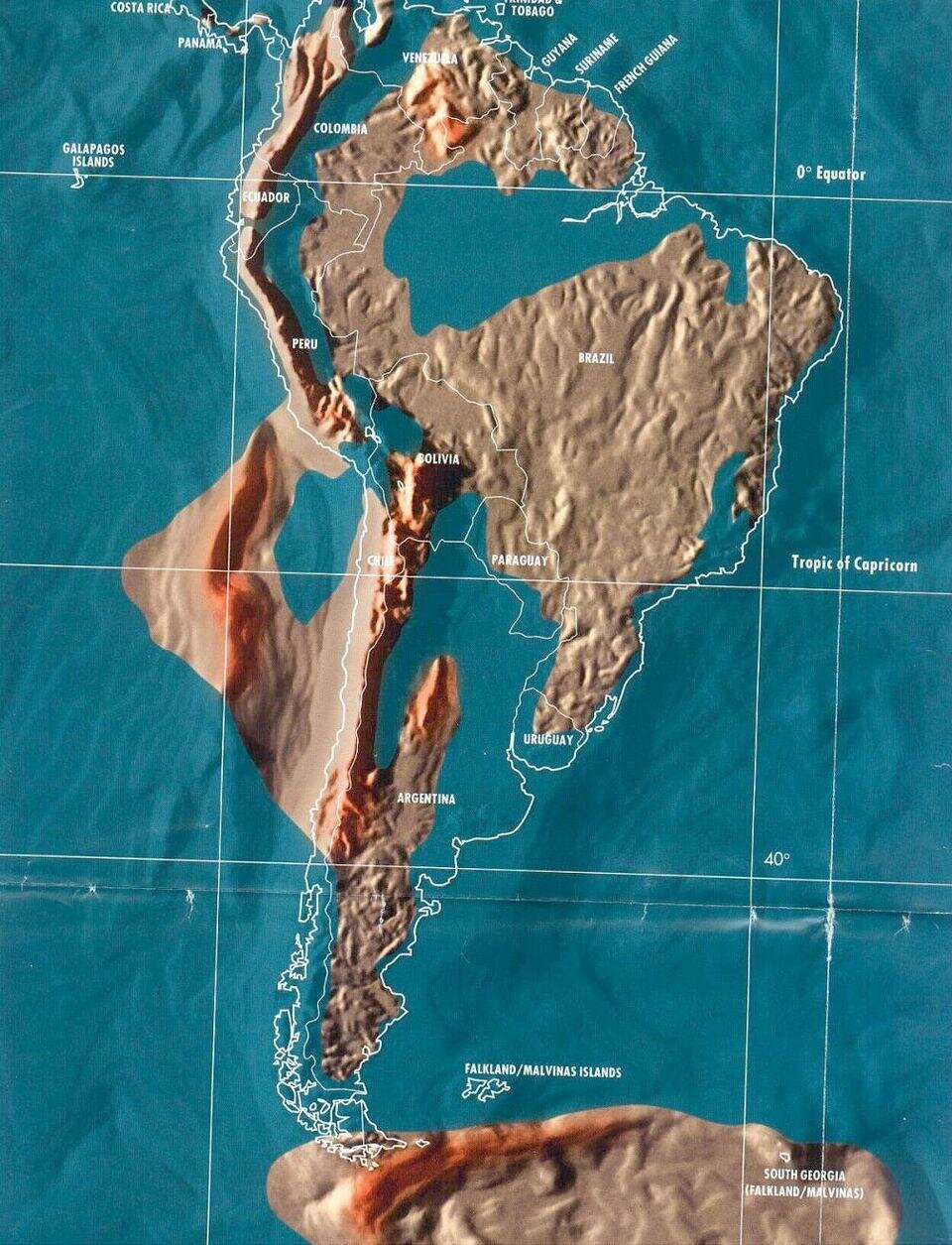 Unfortunately intense volcanic and seismic activity would probably strike South America. Brazil, Venezuela, and Colombia would suffer from flooding. A huge sea could be created out of the Amazon Basin, while Peru and surprisingly high elevation Bolivia could sink.

However, a huge landmass could join up with Chile in this event.