Lechuguilla Cave is the eighth-longest explored cave in the world, at 138.3 miles. It is also the second deepest in the mainland United States at around 1,604 feet deep. It is most famous for its unusual geology, rare formations, and pristine condition. Some parts of the cave have never been untouched by humans for our entire existence, and much of the area has only been accessed by a select group of cavers and researchers.

The cave is named after the canyon that it is accessed through, which is named for Agave lechuguilla, a species of plant that is typically found there. Lechuguilla is in Carlsbad Caverns National Park, New Mexico. However, access to the cave is limited to approved scientific researchers, survey and exploration teams, and National Park Service management-related trips. This may be a massive disappointment, but it is for a very good reason. While it is great to be able to see places like this in person, tourism often destroys some of these natural wonders.

Posted by Carlsbad Caverns National Park on Sunday, May 31, 2020

Locals were aware of Lechuguilla Cave for many years, but it wasn’t until 1986 when a scientific excavation discovered that there was much more to the caverns than was initially thought.

The Denver Museum of Nature and Science filmed one of the first documentaries of the cave, titled Lechuguilla Cave: The Hidden Giant, in 1987. The documentary featured many of the cavers responsible for the initial breakthrough. The video was broadcast on the Denver PBS station KRMA-TV in 1989.

In May of 2012, a team led by Derek Bristol of Colorado climbed over 410 feet into a dome and discovered several new passages, pits, and large rooms that were previously unexplored. This newly discovered section of the cave was named “Oz,” because many of its features were named after items from The Wizard of Oz. Lechuguilla Cave lies beneath a park wilderness area that is controlled by the United States government. Researchers believe that the cave’s passages extend out of the park and into adjacent land that is owned by the Bureau of Land Management (BLM). The BLM often sells land in its possession to oil companies for gas and oil drilling, and scientists are concerned that any potential drilling in the area could cause irreparable damage to the unprecedented site.

Lechuguilla Cave was also shown in the BBC documentary series Planet Earth. The fourth episode, titled “Caves”, airing on April 22, 2007, documented scientists and filmmakers exploring Lechuguilla Cave, including the Chandelier Ballroom, which has high-quality crystals. It took two years for the team to get permission to film. 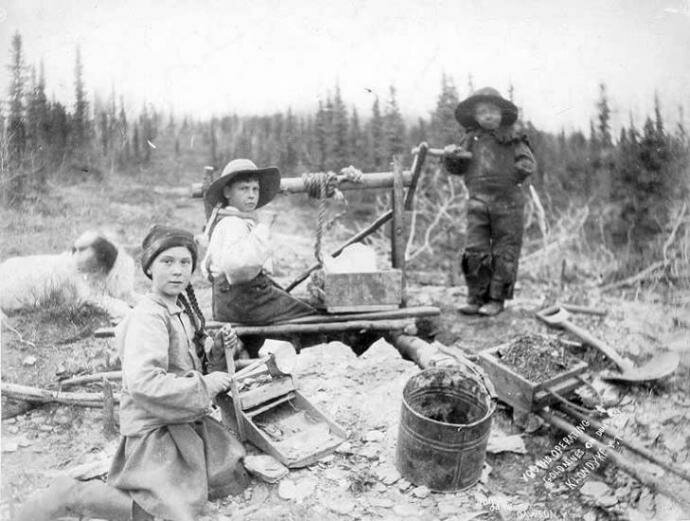 The Formosan clouded leopard (Neofelis nebulosa brachyura), which was thought to have been extinct for years was recently seen by a number of witnesses in the jungles of southeast Taiwan.

After the reports, the Taitung District Office of the Forestry Bureau began investigating the sighting to confirm that the species was still in existence.

Kao Cheng-chi (高正治), President of the Association of the Austronesian Community College Development Association and village chief of the Paiwan Tribe, said that his search teams did confirm seeing the animal in June of last year, when his office sent rangers in the direction of the reports.

Until now, there have been no sightings of the animal for decades and it was thought to be entirely extinct by scientists.

According to historical records, the rare species of cat was first spotted in the 13th century.

“Following extensive logging of its natural habitat, clouded leopards retreated into the Yushan Range and Tawu Mountain. Today, the Tawu Mountain Nature Reserve is a protected area encompassing about 480 km2 (190 sq mi) that harbors the largest remaining primary forest in southern Taiwan and comprises tropical and subtropical rainforest as well as temperate broadleaf and mixed forest and temperate coniferous forest,” according to Wikipedia.

The species was mythical in the area of Taiwan, and many western researchers began to believe that this animal never existed. However, locals did take many animal pelts to trade with westerners, which did give evidence of their existence.

Sadly, this over hunting may be a reason why the animal is endangered. Although the Rukai, Taiwanese aborigines, considered the hunting of clouded leopards a taboo, over deforestation has caused many other local tribes to poach them for the money that they could get for their pelts,

Clouded leopards prefer to live in closed, primary evergreen tropical rainforests in Southeast Area, a habitat that is experiencing the world’s fastest deforestation. Deforestation in Southeast Asia is greater than previously recorded, according to authors of a recent analysis of satellite image data.

The researcher’s highlight, in particular, the extensive but previously unrecorded conversion of higher-elevation forest to cropland.

By combining multiple streams of high- and medium-resolution satellite imagery, the multinational research team calculated that Southeast Asia lost 82,000 square kilometers (31,700 square miles) of forest to croplands between 2000 and 2014, according to Mongobay.

“We cannot use satellite imagery to tell a mature tree crop plantation from forests. Tree crop has been counted as forest by Hansen [and colleagues], and also in our study. It means that, if you count it as agriculture, there is even more deforestation and agricultural expansion,” lead author Zhenzhong Zeng, from the Department of Civil and Environmental Engineering at Princeton University explained.

“I believe the method is easy to replicate, as all datasets are open to the public, and the methods have been well described in the paper. [It] is a labor-intensive process. It cost me a month just to visually interpret the satellite imagery,” Zeng said.

Zoologist Chiang Po-jen, of the Mammalogical Society of Taiwan, is part of a team that has searched for the Formosan clouded leopards for the last 13 years, according to CsMonitor.

The President of the Association of the Austronesian Community College Development Association and village chief of the Paiwan Tribe, Kao Cheng-chi has confirmed rangers were set up by the Alangyi Village last June.

Due to the significance of the sighting, the village chief said members of the Alangyi Village held a tribal meeting to discuss the sightings and to stop outsiders from hunting in the area.

The deputy director of Taitung Forest District Office, Huang Chun-tse, said they are hoping to confirm the sightings and want a scientific investigation into the sightings.

The Formosan clouded leopard are exclusive to Taiwan. They were declared officially extinct six years ago after a 13-year-long study by a team of zoologists failed to spot one leopard, according to Yahoo News.