A Filmmaker by the name of Lalange Snow shot a photo series that captures how different a person looks before, during and after going to war. Snow photographed and interviewed 14 members of 1st Battalion from The Royal Regiment of Scotland multiple times through their process of going to war in Afghanistan. Close up photos were taken of the soldiers faces just before they left for duty, as well as three months after deployment while they were in the middle of the war, and then again one final time days after they came back home from battle.

Snow’s series is called “We Are The Not D-ead,” and the purpose of the project was to show the physical and psychological toll that war takes on a person, just by showing their face at different stages in the journey.

A similar theme is echoed through many of the photos, with the enlistees appearing somewhat timid and nervous. The photos showing the soldiers in the midst of war are very cold and serious when compared with the others, while the final photos show a mixture of relief and regret.

The photos can be seen below: 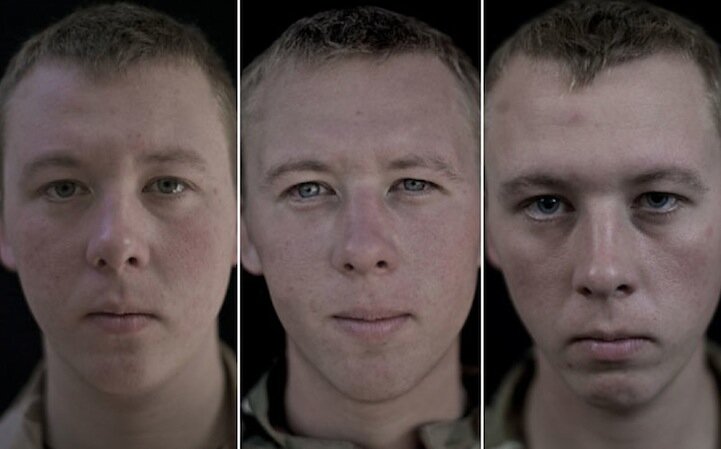 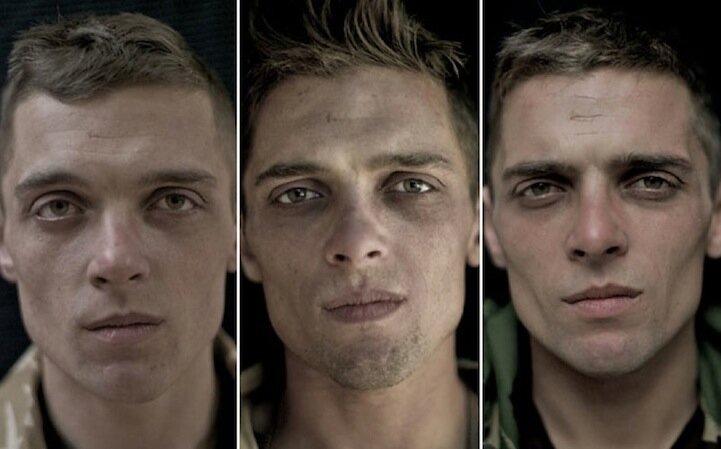 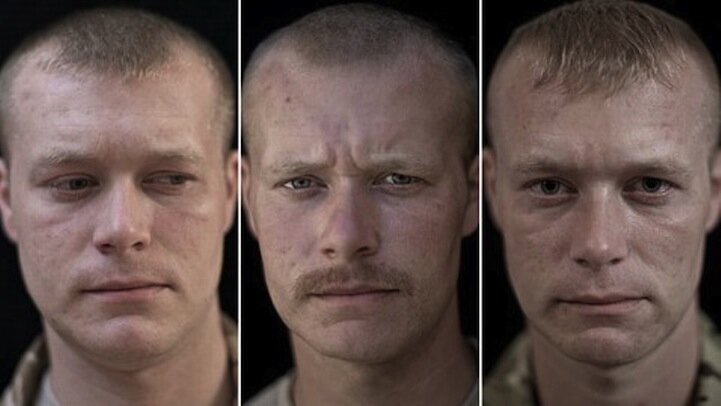 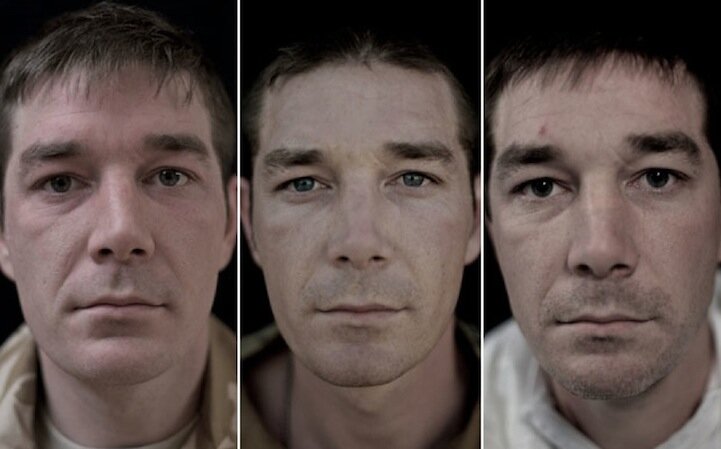 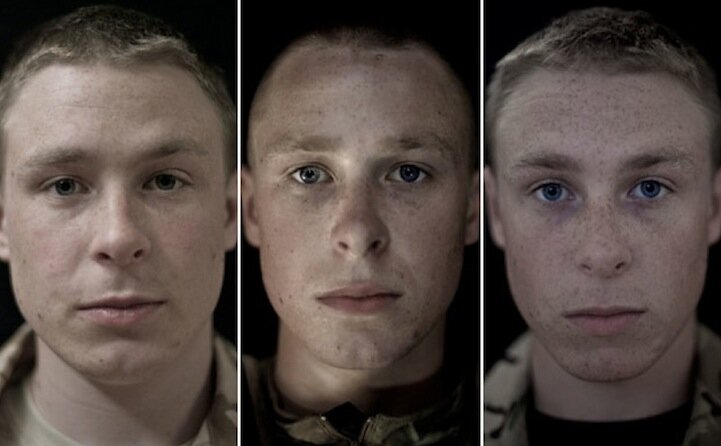 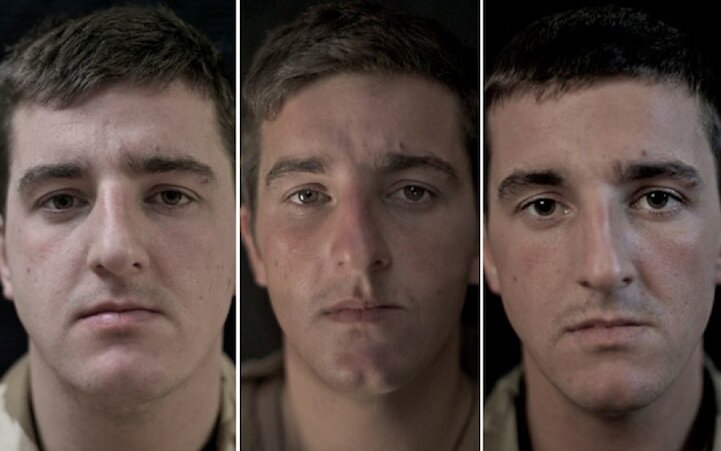 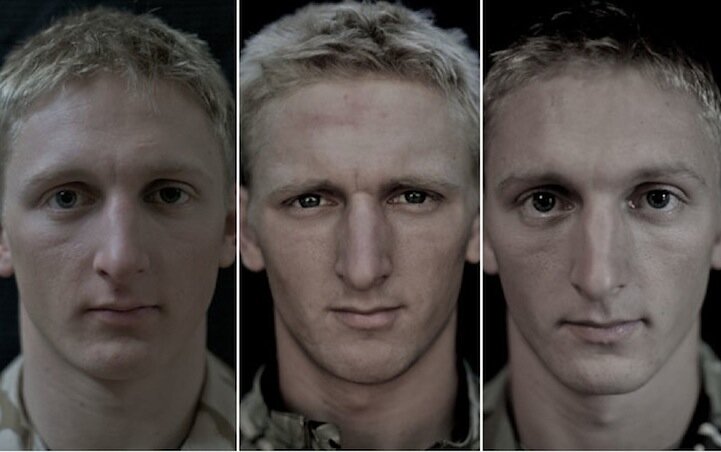 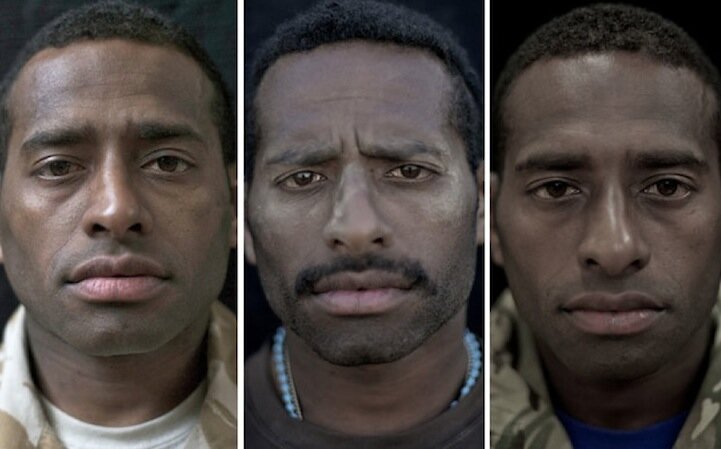 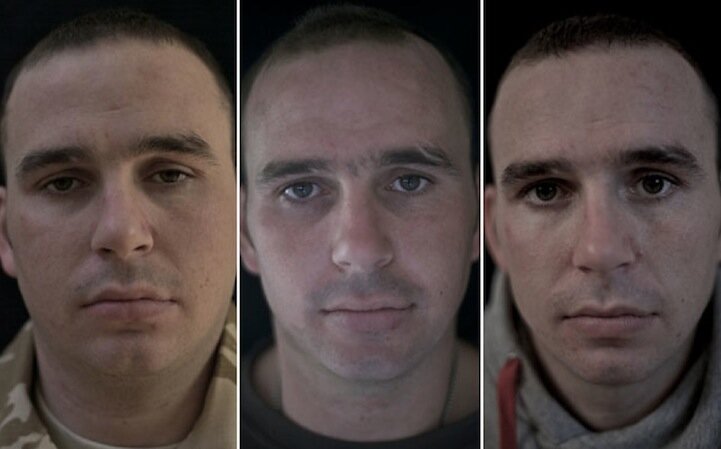 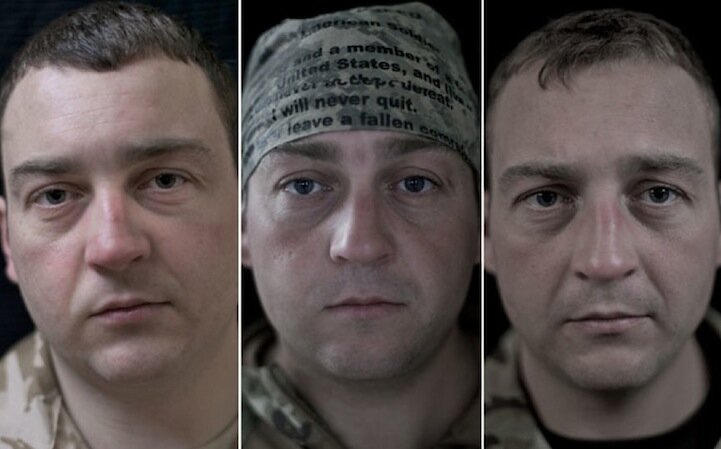 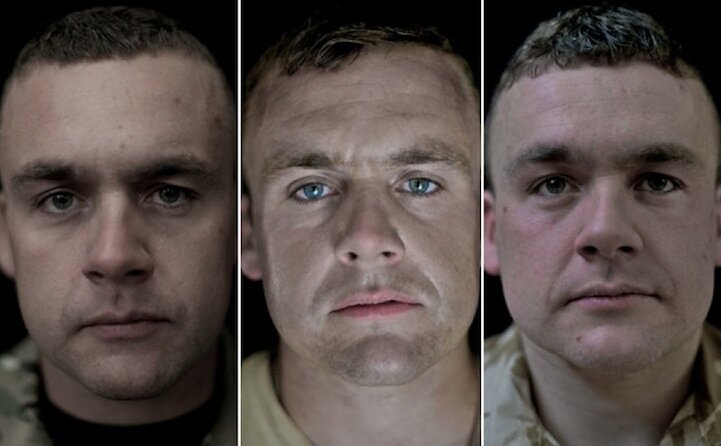 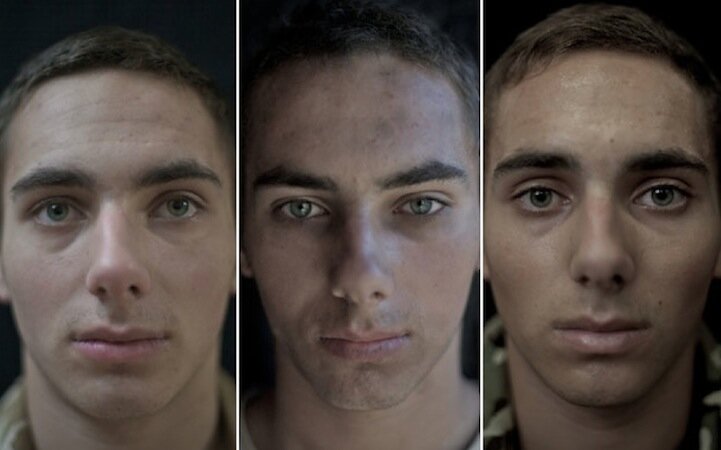 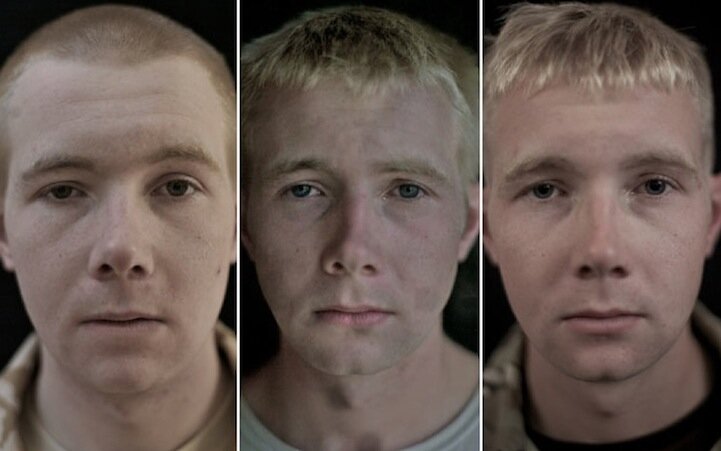 Interviews with the soldiers in the photo series showed that they lived through some very terrible things, and many of them had regrets about their time in the military. It is extremely common for soldiers to come back from war with P-TSD, a psychological condition that affects people who are exposed to extreme and violent situations. In the case of the soldiers interviewed for this project, many of them came back home and struggled with mental health and readjusting to life as a civilian.

In the interviews, the soldiers also expressed doubt in their mission, and sympathy for many of the people who they killed in the line of duty. Many of them said that they don’t even know what they were fighting for or why they were there, halfway around the world. This sentiment is common among many veterans, who saw the carnage and senselessness of war up close and personal.

The United States and allied NATO countries have been at war in Afghanistan since October 7th, 2001.

There have been unconfirmed rumors that the Trump administration was planning to pull out of the Afghanistan war, but many of his advisors are warning strongly against it.

In early September, nine former senior U.S. diplomats issued a press release through the website of the military-linked think tank The Atlantic Council, urging the Trump administration to stay in Afganistan to prevent the current civil war from spiraling out of control, NBC reported. The press release warned that pulling the United States military out of the region could have a catastrophic impact on the entire middle east and allow ISIS to develop a stronghold.

The rumors of a possible troop pullout came from US presidential envoy Zalmay Khalilzad, who claimed that the United States and the Taliban had come to an agreement about the withdrawal of 5,000 American troops within 135 days. The envoy said that the agreement was simply awaiting the approval of US President Donald Trump.

In case you missed it: In 1984, a man named Gary Plauché killed a pedophile who kidnapped and…
byJohn Vibes
331 shares
331
0

In 2018, the U.S. Geological Survey shared an incredible image of a giant lava bubble in Hawaii. However,…
bySusan Claire
1K shares
1K
0

In case you missed it: According to Tesla CEO Elon Musk, the company’s new solar roof tiles will…
bySusan Claire
16 shares
16
0

In 2017, a detailed Forbes report was published on what some of the world’s wealthiest individuals have purchased,…
byBernard Marr
1K shares
1K
0

A 43-year-old man, Jason Vukovich was sentenced to 23 years in prison, in February of 2018, for numerous…
byJP Steinberg
3K shares
3K
0

A while back in Edmonton, North London, a Macaw parrot found itself trapped on the roof of a…
byMichelle Williams
44 shares
44
0

There were many iconic photos and videos taken during the tragic Events that took place on September 11,…
byMark Horowitz
726 shares
726
0

In case you missed it: A strange trend in China has caught on, and many people in other…
byJP Steinberg
Total
2K
Share
2K
0
0
0